You are here: Home / Interview / How Unconscious Biases Can Hurt Job Seekers Before the Interview Even Begins 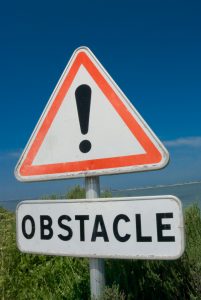 Rarely do employers intend to debilitate job candidates – but it happens anyway.

Many job seekers are hamstrung way before their resumes have a chance to stand on their accomplishments or merits. This anomaly occurs when the person screening the candidates applies their personal biases.

The University of California, San Francisco, Office of Diversity and Outreach defines unconscious bias as “social stereotypes about particular groups of people that individuals form outside their conscious awareness.”

Bias affects everyone’s decisions, including during the hiring process.

Unconscious bias can lead to “microaggressions,” described by Psychology Today as “the everyday verbal, nonverbal, and environmental slights, snubs, or insults, whether intentional or unintentional, which communicate hostile, derogatory, or negative messages to target persons based solely upon their marginalized group membership.”

Many job seekers, especially those from marginalized groups, deal with microaggressions and unconscious biases daily.

They are tough, resilient, and courageous in the face of these experiences. Workplaces that welcome these character traits will likely benefit from having these job seekers on board – as long as bias doesn’t stand in the way of hiring them.

Listen to Unconscious Bias: Your Career, Workplace, and Everywhere 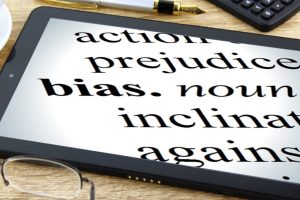 Listen to Eliminating the Unconscious Bias in Hiring -The Blendoor App

Typical Examples of Bias in Action:

1. Advice about “hard work” directed specifically toward one demographic and ethnicity.

Someone I know recently posted on Facebook to say “inner-city” people needed to learn about hard work and that I would be a good example for them. He had trouble making a rational defense of his comments.

How many times have kids from the inner-city who rise to the college ranks heard this rhetoric? Does this advice work for everyone? How do you know if someone “didn’t work hard”?

Implication: “Your people are lazy.”

2. Statements like “I believe the most qualified person should get the job!”

Often, this statement is used to criticize perceived instances of affirmative action. The thing is, not all of us needed affirmative action to enter college or get a job. My merits are just as good as anyone else’s. Why are you questioning them?

Implication: “People of color get an unfair advantage.”

3. Questions about a person’s demographic or ethnic background, like “What kind of name is this?” or “What nationality are you?”

If you can’t offer solid career advice without knowing someone’s nationality, ethnicity, gender identification, or skin color in 2017, then you give lousy and irrelevant career advice. It probably serves no one.

Are you surprised that I speak well? Or that I learned English so well? Why didn’t you say this to my white counterpart?

Implication: “It’s unusual for someone of your race to speak so well. You don’t belong here.”

Many mega-talented people become unemployed due to circumstances beyond their control. People are laid off, politically ousted, or recipients of other unfortunate situations.

Implication: “Unemployed people are lazy. They will be desperate.”

6. Unreasonable impatience with a candidate who has an accent.

Being invited to an interview is a privilege, but when an interviewer rushes through a phone screening or other conversation, it can be discouraging or disconcerting. Job seekers with accents, unfortunately, face this problem often. When a person raises their voice while speaking to someone who has an accent, it’s not just rude – it’s a microaggression.

One study suggests men are often hired over women for jobs involving math and science. There are many women with aptitudes for math and science, recently illustrated in the movie Hidden Figures. In one scene, one of the central characters says, “There wasn’t a protocol for a female in an engineering class.” There isn’t much need to clarify the insidiousness at work further here.

Often, hiring authorities use “cultural fit” and “gut instinct” to make decisions. “Instinct” leads one to question the validity of their hiring decisions. It also makes one wonder: When employers complain about the skills gap, is it really because they can’t find the skills they need or is it because the people who have the skills aren’t “cultural fits”?

Job seekers should research the “culture” of a prospective employer. Are they using “skills gap” language to obscure their “cultural” hiring practices? Any workplace that seems overly homogenous may be doing just that.

Implication: “You lack the personality, like-mindedness, or ethnicity to be here.”

It is unrealistic to think unconscious bias has a cure. There is no way to resolve all of it. It is deeply rooted in our daily lives and social interactions, and the lack of discussion about the subject breeds hostility. Unconscious biases are subtle, and they hurt people in subtle ways.

Let me also save you the trouble of trying to make the “victim card” argument: The reality of unconscious biases shows how thick-skinned the majority of job seekers have to become to succeed. This is the very quality employers like seeing in job seekers, and they should appreciate more the courage, patience, perseverance, persistence, and resilience job seekers display when facing biases.