You are here: Home / Archives for Martin Luther King 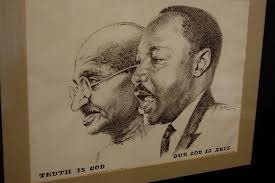 It is the soft skill that is needed in 2013, as it was the lifeblood of African Americans for centuries demonstrated for the world to witness in the ’50’s, 60’s, and 70’s. There are White and  Jewish people who chose to endure and embrace some of the African-American hardship during the civil rights era.

There are career lessons to be learned from each incident and event in history. Those compelled to march in the civil war of race without provocation and passivity or color inspire us. This movement primarily associated with African-American that crossed the borders of race became a few Jewish women’s sole careers providing enduring career lessons.

There are so many ways to endure, and many more reasons to persevere. Here is one reading where I felt there were parallels of Jewish women using transferable skills and experiences to aid and advance the civil rights movement. Although the efforts are minimally featured and remembered in mainstream history, the lessons are a fountain of knowledge and application:

As you read, I hope you see some valuable career lessons that I gleaned:

1. How Jewish women fitted and thrived in a diverse and hostile environment

2. Using transferable skills such as, writing, perseverance, and soft skills to transition to a new setting (or career setting)

3. Trained and prepared for difficult and life-threatening challenges to respond passively and nonviolently

4. Emphasized and walked in the shoes of others looking and finding solutions to everyday challenges

5. Failure in one setting was an actionable opportunity to create other opportunities, not a time for defeat and purposeless reflection

Did you notice other applications of career lessons that I didn’t mention? Please share with us in the  comments. Happy King Day!

America is still deciphering and contemplating Dr. Martin Luther King’s message in 2012, or at least looking to understand it. If the only message you gleaned out of it was that black people demanded equality, then please, revisit the link below. There’s grit in the job search. I’m hoping you will glean it from his letter.

A Letter From A Birmingham Jail  by Dr. Martin Luther King

Dr. King’s ability to communicate across the color lines is a model for all of us. I look at Dr. King’s letter from the Birmingham jail with awe, and admiration—eloquence, courage, and vision. This was an answer to eight white clergymen who wrote, “A Call to Unity” to temper and to stop the protest portions of Dr. King’s appeal, largely because the result of the marches ended with violence. His ability to communicate and respond with poise and persuasion captures the strands of my intellect and emotions. From this, I was able to extract some points of my own, applicable to the job hunt, or anything else:

Answer questions with tact, and without airing frustration

By addressing all questions asked, you earn attention and respect. Dr. King answered every issue addressed in the letter (keep in mind this was the only draft he wrote).  It frustrates most people, and it drains the answerer’s credibility. This is the hardest for most people, that is,  asking an unanswered question several times. It is more of an indictment when he or she passively refuses to answer a direct question.

Make the best of having less

Dr. King wrote the letter on the margins of newspaper, scraps of paper, and eventually a pad that his lawyers were permitted to leave him (the letter was smuggled out of jail). Unlike today’s culture, he did not curse, did not sarcastically engage in name calling, or retaliation of any type. He did not retaliate with inappropriate sarcasm. His letter to me was grammatically perfect, eloquent, factual, and honest. He used facts. We may not have the best of every skill, but we should bring the best to the fore front of every opportunity. The facts. It is not bragging when it’s the facts. It’s persuasion, a lost art that has lost its essence. Check the grammar once more, examine your heart once more, and find your reason to remain resilient until you succeed.

Understand the unsolicited arguments of why you can’t

I don’t know why there are people who open doubt others wish for change other than jealousy, lack of faith, or the willingness to understand. We can look at Dr. King as he was told to stop marching, protesting, and being indifferent to injustice. In essence, he was told by his fellow clergymen give being abused for freedom. His fellow ministers plead, ”

… we are now confronted by a series of demonstrations by some of our Negro citizens, directed and led in part by outsiders. We recognize the natural impatience of people who feel that their hopes are slow in being realized. But we are convinced that these demonstrations are unwise and untimely. We agree rather with certain local Negro leadership which has called for honest and open negotiation in our area.

Dr. King answered this statement with understanding of his peers,

There are time people will question your abilities, will, or lack of demonstration to succeed. You can only answer and validate your desire is by success. Until then, embrace those who question out of love and concern. If he or she fits that category, embrace them, because they will appreciate you more when you succeed, and will tell you the truth when you get off track.

Convinced of why he must

Dr. King prepared everyone for the worse. As I would say, jobseekers would need to prepare for the worse from a place that will prepare for success. And, the worse does not have to be you. But I digress. Dr. King thought carefully how to endure physical, mental, and verbal abuse and wondered how others with him will respond.

We had no alternative except to prepare for direct action, whereby we would present our very bodies as a means of laying our case before the conscience of the local and the national community. Mindful of the difficulties involved, we decided to undertake a process of self purification. We began a series of workshops on nonviolence, and we repeatedly asked ourselves: “Are you able to accept blows without retaliating?” “Are you able to endure the ordeal of jail?”

Are you prepared for the hardest part of your search? Is it the training? Is it your background? Do you fear failing? Unfortunately, job seekers look to careers that are easier to obtain, achieve, and train. Is it really a satisfying and fulfilling if it’s easy?

I grew in Harlem and Washington Heights, parts of New York that were high in crime, but abundantly rich in diversity and culture. I lived in the Bridge Apartments where Haitians, Dominicans, Puerto Ricans Jews, Greeks, Blacks, and Whites lived peacefully, well, at least most of the time.

My second through sixth grade classes also had a diverse mix of students. My friend Miguel and I went to the same church. My friend Derek and his Mom bought me homework  when I was sick. When my Stepmother told me that there was a distinct difference between black and white people was when I first noticed who Derek and Miguel were…my friends.

I regret looking at the world in black and white, and times I suffered when racial indifference were obstacles. I am glad that someone told me that there were obstacles to hurdle, sidestep, and avoid. And no one said it was easy.