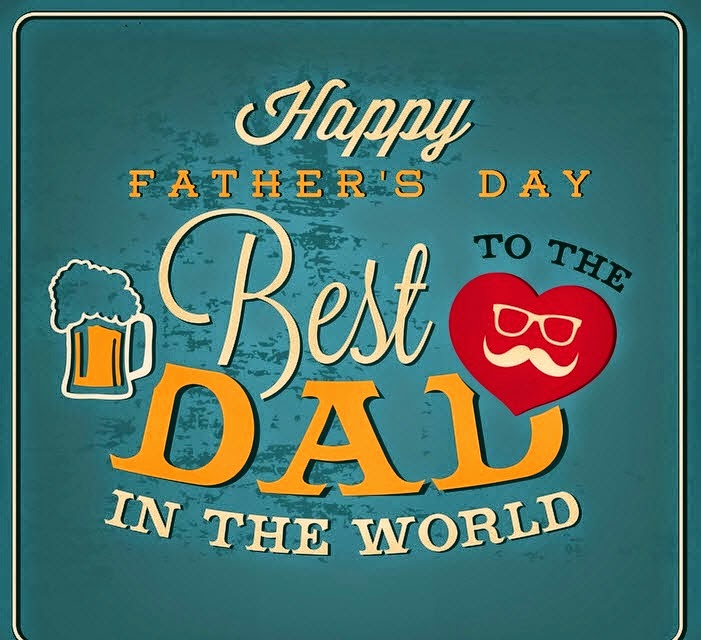 This article originally appeared on the Good Men Project!

My oldest son is doing his second internship this summer and graduates this fall. One of the best things I think I did was to talk to him about his career aspirations early. He enjoyed those discussions so much he often initiates them with me and my wife. As he changed his mind about what areas to pursue, he picked up a skill he was able to use elsewhere. There were things I didn’t teach him but it was mostly his tenacity. I saw this as he applied to different jobs often getting the interview and a job offer without help from either my wife or I (although I helped him write his resume). One year he had seven different jobs in a year while attending school full-time, volunteering, and joining a fraternity.

Often times, an open discussion early on is a great start their career orientation and success. For Father’s Day, I wondered what and how other career professionals advise their children upon their transition from high school.

This is what they shared.

I shared with my daughter that you enter each conversation prepared to actively listen. Suggesting she use responses given by the interviewer to shape her responses.  For instance, one question she would ask: If you could hire anyone to join your team, who would it be and why?

The response I gave telegraphs who they are looking for.  She then should emulate complimentary qualities in her responses in an organic way.  Mirrors the interviewer, using a real example, and not robotic or predictable.  It worked and has worked.

I have four children, one of them is launched into his career, another is in college and I have one in high school and another in junior high. All parents know each child comes with their own set of natural abilities and that they develop interests, aptitudes, and passions for things along the way. We all know that, yet we have a vision for our children that fits certain paradigms. Sometimes they may have an interest in something that comes out of left field, outside that paradigm, and we struggle with it even though there are some who make a living from it and really enjoy it.

The first thing I had to learn to do is let them run with it – encourage them to continue it, give it my blessing. That was hard at first, but I am learning how important it is to allow for it. Children need that from their parents more than they need to even be good at it – they need to know they are loved and supported. If it’s not right for them, they will come to that conclusion on their own in their own time frame. My job as a parent is to simply endorse their decision.

The second thing I had to learn to do was even harder, which is to engage with them in that interest. I have a neighbor who’s son wanted to play field hockey in high school. My neighbor didn’t even know the sport existed, but not only was he cool with it, he decided to learn everything he could about the sport so he could spend more time with his son. It wasn’t long before he learned the game and became a volunteer coach for that sport at the school and even stayed on a couple years coaching after his son had finished high school.

I tried to learn from my neighbor’s example. My oldest son wanted to buy camera equipment to be a videographer someday. We didn’t have the money to just give him everything, but I did have a lawnmower and so he and I started a lawn company that paid for all his equipment and gave us lots of time to spend together talking about his passion. I’m pleased to report that just a few weeks ago he landed his first videography job – the employer who hired him was amazed at his level of skill at age 22. But I wasn’t because he’s been making videos for about 10 years – it was his passion and dream. I didn’t create that success – he did the work. But I did have a great example in my neighbor that helped me do what my son needed me to do.

My son learned one valuable life lesson growing up. A work ethic trumps natural talents in the workplace… most of the time.

My son inherited most of my language learning disabilities, which were extensive. During much of his formative years, we would enroll him in a single honors class in school and pay for a tutor. He was told it was acceptable to get a C grade but most of the time he received a B. He learned that if he worked hard he would be successful in areas that he did not come naturally.

He was one heck of a work ethic!

When he graduated and was looking for his first real job after college, I taught him that the magic word is “advice.”  When you ask for advice, people will rarely turn you down.  It is a compliment.

He is still using this technique ten years after graduating from school.

My son is a runner with aspirations to run in college.  Having spoken with several college recruiters and entrance administration personnel as research for my podcast, I knew getting into college was a lot more competitive today than when I went to school.

I knew he was going to need to stand out from the rest of the applicants.

In 8th grade, I purchased his first and last name as a domain.  As a freshman, I had him write his first post.  It was about his latest cross country workout.

Since then he has blogged off and on about not only running but now his latest passion, weightlifting.

In addition to the blog, I also taught him the proper way to use Twitter.  Prior to his usage was mostly “sub-tweets” (yes, this is a thing).  I showed him how to curate the content of others on Twitter, limiting the content related to his interests, running and weightlifting.

With his blog and Twitter account now in place and being used properly, we talked about how he was building his brand online and how his brand would come across to administration officials and coaches at universities.

Our focus was on congruency, being consistent and appropriate across the web.  When his name is looked up online by coaches, and it is, they find a young man who has taken the time to build a blog and an online profile that is all about his love for running and staying in shape.

The coaches who have contacted him at this point have indicated his online presence is what made the difference for him over others.  You see, his times, while slightly faster than mine (pun intended) are only slightly above average and they are not quite yet to the division one standards to run in college.

Yet despite this, college coaches are contacting him to introduce themselves and their programs.  His online presence is making the difference.  He has had one offer to run so far and his contact frequency by coaches is included.

As a freshman scholarship athlete, my initial impression was there would be an ominous emphasis on winning.  That’s what I was told and expected as I dressed for my first ever football practice at Michigan State University.  I had always wanted to be a Spartan and now was my chance

Then it hit like a thunderbolt from nowhere: a GrantlandRice quote written largely above the locker room exit so no one could miss it on their way to the field of competition each and every day.

“For when the one great scorer comes to mark against your name,: he writes—not that you won or lost—but how you played the Game.”

I shared that insight with my two boys many times as they competed in sports; grew to adulthood and began to raise their own.  When I was asked by Mark Dyson to share what worked with my kids, I in turn, asked them.  Both separate and apart replied, that “my” Grantland Rice quote had served them well in life and fatherhood.

I trust that when they say “my” they attribute the act of sharing as the key event.  My apologies to Mr. Rice but the independent attributions remain as a source of personal pride and on-going successful fatherhood