You are here: Home / Personal Branding / Don’t Wait For Your Turn–Work While Waiting 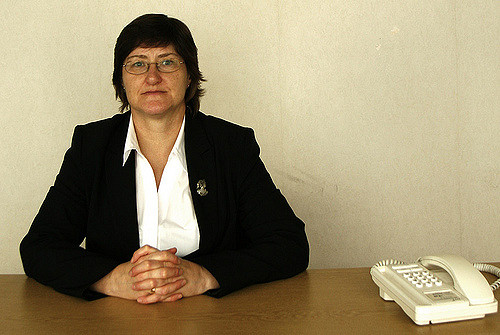 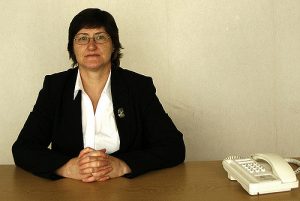 This article first appeared on the Ivy Exec Blog!

Few of us get picked in succession according to what we think we deserve.

If you are waiting because you think you’re “next” then it’s likely you will wait. In fact, you may never get picked for the next step if the right people don’t remember you. You can even be picked for a moment by seemingly the right person or people, but if you don’t keep working, your time will pass you by. So, there’s no waiting your turn because it could easily be preempted by someone else.

There are examples in my own life, but along the way I had to reboot a number of times. A few times it drove my wife of 25 years up the wall, so we both grew.

It takes audacity to stay memorable. I hope you have a lot of audacity. You will be uncomfortable. You will wait, and it doesn’t mean for you to sit still. You’re not waiting for a baptism of genius, you’re wrestling with your skills and attributes to perfection until it’s your turn.

It will hurt. It will be worth it.

My oldest son, “Boy Wonder” got his license at 17, but didn’t drive to school. He was confident and didn’t show he wanted to. My youngest son, “Kato” got his license at 16, but showed swagger and confidence. After a little shifting of attitude that my wife and I helped with he drove much more than his brother. The difference was in all of that swagger, he was willing to be corrected and display maturity about it.

The pain. The discomfort.

Many of us do not like being corrected. We do not like the process of being told what to do and how to do it. It may be required to learn and do differently than the way we know it. The person handing you the keys is trusting you because they told you how to drive it. Growth in our career requires being teachable, humble, and correctable. It also takes being corrected. Someone telling you to change. Someone telling you to wait. And yes, I mean as an adult.

I had several professors tell me that I could not write. I had a boss say that I could not write. They told me in front of others. They embarrassed me. Yet two of my professors saw something and advised me to keep writing. I wanted to not only write well, but also read poetry well enough as a dramatic reader. My mentor, Dr. Hans Jurgensen, encouraged my poetry and told me to write every day during the summer, read lots of poetry, and come back and let’s see what happens.

I did it. It started as pain and torture but it felt great. Yet I had no idea if I progressed. The fall came and Dr. Jurgensen was pleased. He chose my poem to be read at a poetry reading but didn’t allow me to read. He had Dr. Phyllis Jones read (she was a phenomenal reader but a professor, too). It was an honor for her to read my work, nevertheless crushed, but my poem was being read among some of the best poets in the school. I kept writing and eventually entered a contest that had more than 1,000 student entries. I tied for 1st place and got to read my own poem!

During the wait, I worked. During the work, I sought mastery, mentorship, and momentum.

To further illustrate this point, I am choosing to tell this story of the group, Harold Melvin and the Blue Notes because of their song, “If You Don’t Know Me By Now.” The irony of the song fits the underlining of our discussion. It was their first big hit 1972 and their biggest of their career.

Most popular music groups maintaining long careers worked for years before being “discovered.”

You can almost say that Frank Sinatra had a lot to do with discovering Harold Melvin and the Blue Notes. Yes, THE Frank Sinatra. Sinatra saw them at a private party, loved them, and invited them to perform at one of his parties. Sinatra had big, big, industry names at his parties, and the one HM and the Blue Notes performed at was huge. Most groups get signed after this type of exposure especially if the group had worked and toured for years. The Sinatra event was 1966. The single, “If You Don’t Know Me…” was released in 1972.

Patience. Uncomfortable. The work pays off.

The group continued to work but made one major change. Although Harold Melvin’s name was on the marquee, he recruited the drummer named, Theodore DeRuss Pendergrass to be the lead singer. We can argue later whether Melvin’s judgment in choosing Teddy Pendergrass was required to succeed but at the time at least, it took humility at the time.

Waiting your turn takes work, diligence, and willing to make some changes and pivots UNTIL your time has come. There is no good way to “wait your turn.” It takes time, effort, and opportunity to make strides.